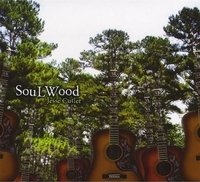 Jesse Cutler has a long incredible history in the world of Show Business.

Starting with his first band “The Young Executives” at the age of 13 years on Mercury Records, Jesse performed with The Beatles, The Rolling Stones, Sammy Davis Jr., and on several TV shows, radio programs and continually played with his group for celebrity parties and charity events.

By the age of 20, he was recruited by 3 time Academy Award winning composer, Stephen Schwartz as the lead guitarist, singer and co-arranger in the off-Broadway smash hit musical Godspell. Garnering a Grammy, 2 gold and platinum albums Jesse signed with Faberge, Inc’s record label, Brut Records as their premier artist and released “Richman’s Son” to critical acclaim.

As his career evolved he moved to Los Angeles at the urging of Quincy Jones’ daughter and continued to produce music for several labels including a solo album for United Artists Records. Cutler went on to create the first music-aerobics program entitled “Disco Diet” promoted nationally through People.TV Guide,Diet and Exercise and Slimmer magazines. With many more creative and innovative projects under his belt Jesse kept a vault of miscellaneous tracks now compiled in the “Test of Time” CD.

It includes 30 years of unreleased material sure to touch every listener.